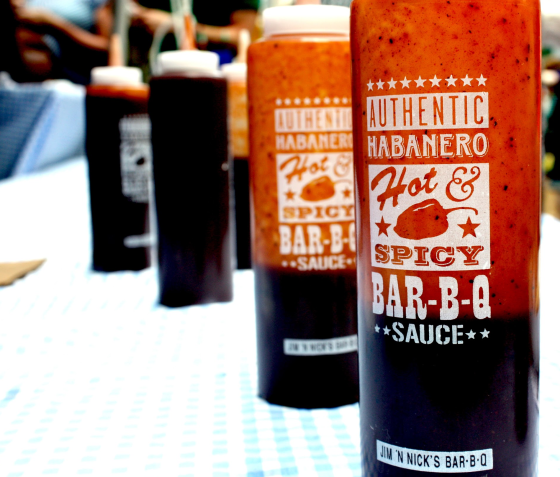 Summer is upon us! And that means one thing…it is time for barbecue.

For one weekend in June, Madison Square Park in New York City is transformed into a 6.23 acre backyard barbecue party.  And for the 11th year, Danny Meyer and his Union Square Hospitality Group along with Southern Living lined up the best pit masters from all over the country to show off their mouth-watering versions of barbecue. These guys loaded their trailers and rigs with their smokers and pits and drove  hundreds of miles to set up shop in Madison Square Park for two days. 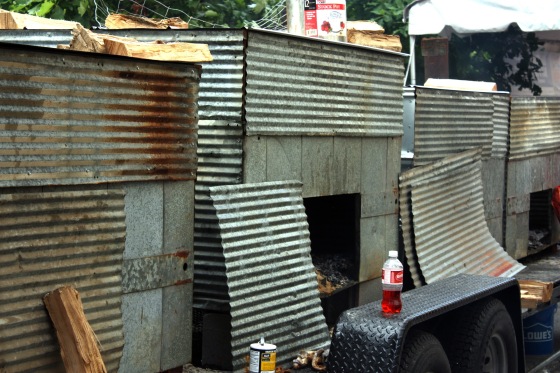 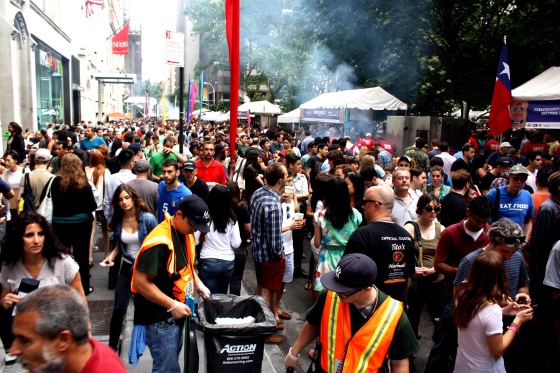 The smoke from all that bbq drifted blocks away and drew everyone in like moths to a flame except in our case it was hungry southerners looking for a little comfort. This past weekend was the perfect time for my southxnortheast world to come together. It was awesome to see some old friends from down south like the folks from Southern Foodways Alliance and even show a little SFA love by sporting one of their tattoos. (My 9-yr-old was very proud.) 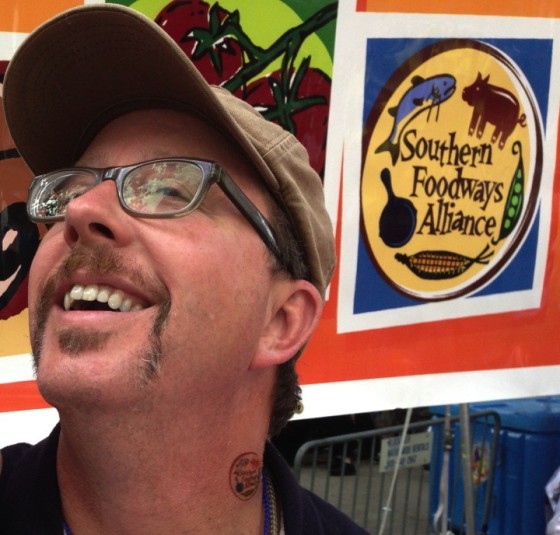 Big Bob Gibson Bar-B-Q from Decatur, AL, took home the prize in my book with Chris Lilly’s ridiculously good pork sandwich. Apparently everyone else at the event on Saturday thought so too.  The fast-pass line was longer than the regular line.  There was no such thing as a shortcut.

And of course, our buddy from Tito’s Vodka, Matt Purpura, had the perfect lime-jalapeño infused concoction to wash down all that barbecue.

Eleven Madison Park set up a whiskey bar right outside their restaurant complete with cloth-covered tables and a picket fence. It was hosted by none other than  Julian Van Winkle of the cult-bourbon brand, Pappy Van Winkle.  Bands like The Crooners and The Dirty Guv’nahs provided an incredible soundtrack to the weekend. 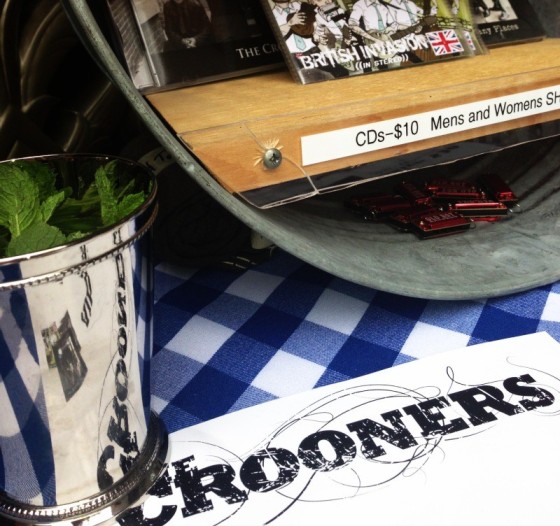 My friends at Jim ‘N Nick’s never disappoint and can even make a saltine cracker look good. 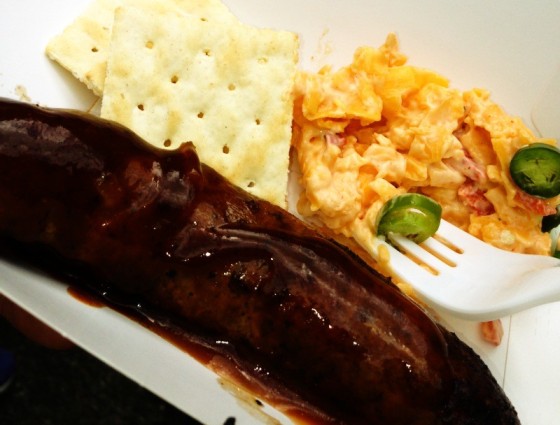 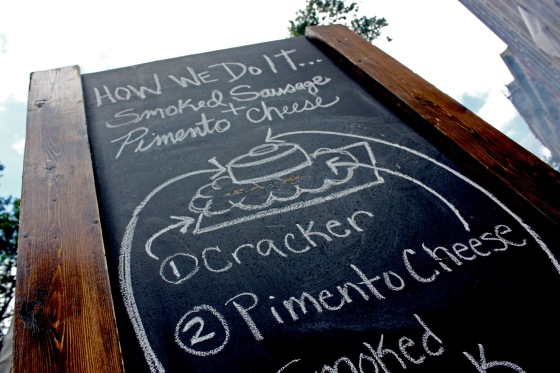 The take away here is if you aren’t a carnivore, this was probably not the place for you. 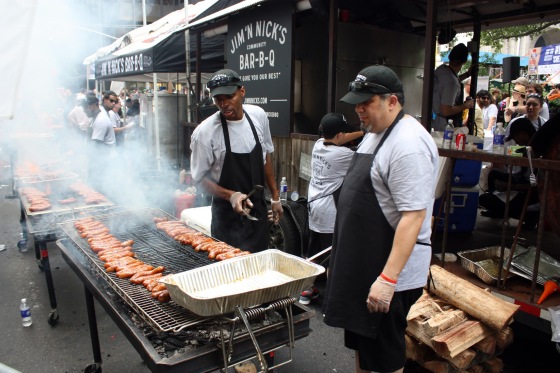 So when we got too full to put another bite of BBQ into our mouths, we walked over to the IKEA tent where the best of the best like Mike Lata, Chris Hastings, Sean Brock,  John Currence, Joseph Lenn, and Ashley Christensen offered a little variation on the meat theme and shared recipes and ideas on everything from cocktails to oysters. 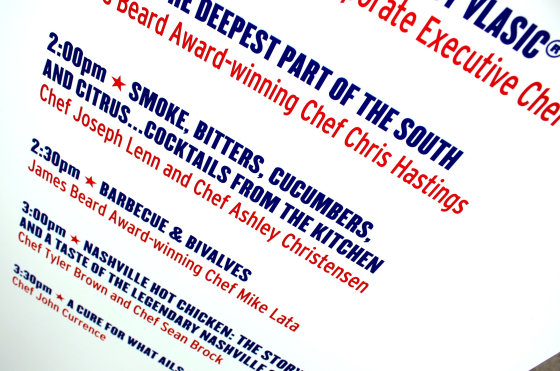 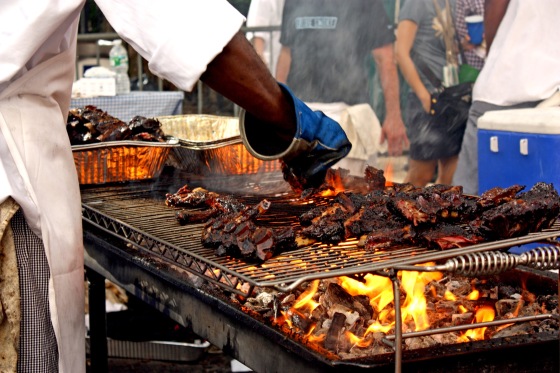 The Block Party was a chance for these masters of  ‘cue to shine and show off their unique style of barbecue. The methods these mostly southern pit masters used were as old as the south itself. They took pride in their heritage and said, “That’s how my daddy did it.  And his daddy before him.”  As my fellow southxnortheaster put it: “It is so nice to find people up here who know the difference between barbecuing and grilling.”  Couldn’t have said it better myself. Until next year…