This week I found myself in a state of Southern bliss at Billy Reid‘s hip Soho clothing store hanging with friends, eating fried chicken and deviled eggs and drinking Kentucky bourbon.  Not exactly a typical night in Gotham, but then again it is not every night Garden and Gun magazine has a launch party in Manhattan for their recently published  The Southerner’s Handbook. 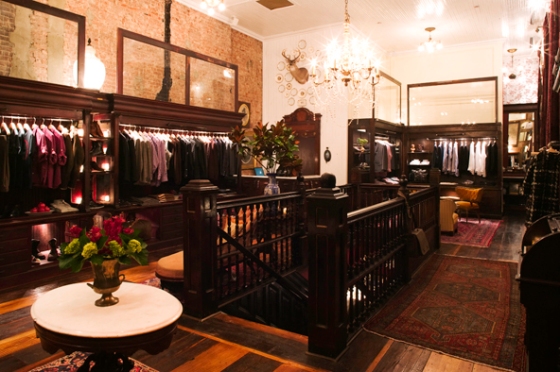 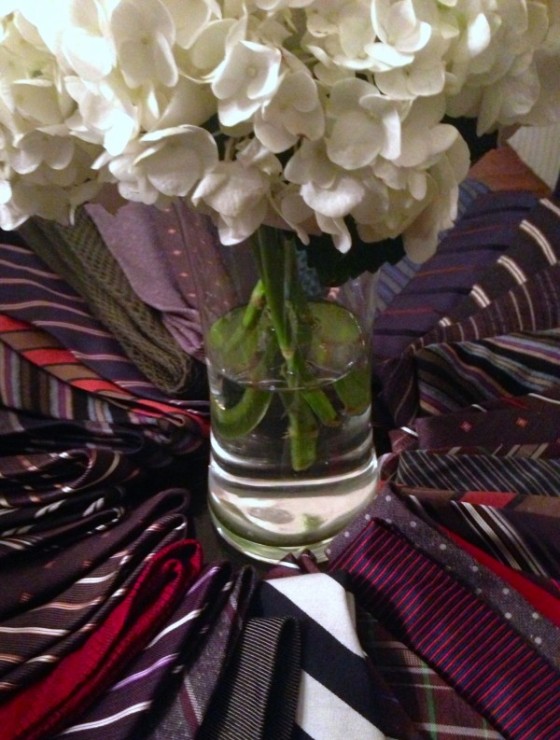 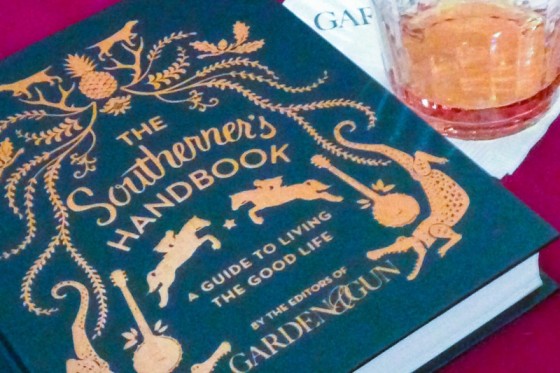 The rustic setting adorned with Billy Reid’s fabulous clothing line and leather creations set the scene perfectly for the southern bites provided by Seersucker, the Brooklyn-based restaurant which has been satisfying southerly cravings for years.

The featured book, a tutorial on Southern culture starts by discussing why our culinary heritage matters and ends with what lies beneath the Great Southern Novel.

So whether you were are born and bred below the Mason-Dixon Line or just somewhat intrigued by your friends who were, this guidebook is a must.

How cool to attend a food festival called Boudin & Beer in none other than the Boudin capital of the world – New Orleans. Okay, maybe it’s not the capital of Boudin…probably more bourbon, beignets, or jazz. But wherever the origination of this Cajun speciality, the festival did the Crescent City proud.

I have to admit, I am no boudin connoisseur. I had never heard much about boudin other than its a Cajun sausage sometimes sold at gas stations. So, the draw to this festival was two things: I liked saying the name and the headline chefs were Emeril Legasse, Mario Batali, and Donald Link. Enough said.

My old Louisiana-born friend and SXNE photographer, Evelyn was quick to join me for the weekend of eating our way through good ole Nola. We hopped in her car and headed west. Our short road trip originated in Pensacola, FL. Nothing like having to evacuate to Florida to escape a hurricane headed for the Northeast (another post entirely).

Over 50 chefs participated in showcasing their boudin-making talents. It was a who’s-who of chefs from the South and across the country. Names like Mike Lata of Fig, Chris Hastings of Hot & Hot Fish Club, Ashley Christensen of Poole’s Diner, John Currence of City Grocery, Josh Laurano of Babbo, Dan Drohan of Otto, Tory McPhail of Commander’s Palace, andAlon Shaya of Domenica took the lead in crafting the best boudin I’ve ever had. It was a great way to spend an evening and help raise money in support of children’s causes.

Attending this event was a no brainer, but Evelyn and I hit the jackpot when we met up with the unofficial mayor of New Orleans, Julia Reed. She guided us through the tents of sausages, beer, and bourbon like a pro. We floated with ease from table to table as Julia greeted every famous chef like they were her long-lost cousin. Her Southern tenacious charm made it so easy to cut in line to get a refills on drinks. I don’t know that I ever want to do New Orleans without having Julia by my side.

Food and drink wasn’t the only attraction. The Francophonic sounds of the Cajun band Feufollet were greeting us as we walked in. They’re a group of young prodigies out of Lafayette, LA whose music pays homage to its traditional Cajun roots yet produces it with a new sound that attracts younger listeners. My 9-year-old is one of them. Their songs are in French and she doesn’t understand a word she’s singing but she belts them out. Her favorites are “Au Font du lac” and “Femme l’a dit”. I think the lyrics might be a bit dark for a little girl, but as long as she doesn’t know what she’s singing, right? You’ll find yourself trying to sing these all day long.

The other incredibly entertaining moment came when the 60-man group, 610 Stompers, performed for the rowdy crowd. This group of men, dressed as if they could have been Napoleon Dynamite’s brother, performed very memorable choreography to “I Need a Hero”. In fact, the hip thrusts are forever seared into my brain…and I kind of wish they weren’t.

By the end of the evening I didn’t have to look to Evelyn for pronunciation of the word boudin. Maybe it was practice or maybe it was bourbon. Probably both. Whatever the case, I was feeling pretty good about the way N’awlins and the super-chef community came together for a great cause. 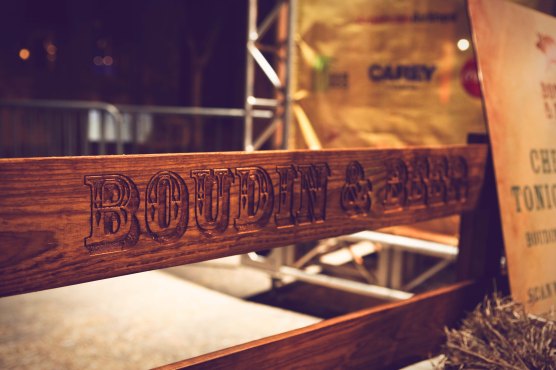